Barcelona Getting To and From Barcelona 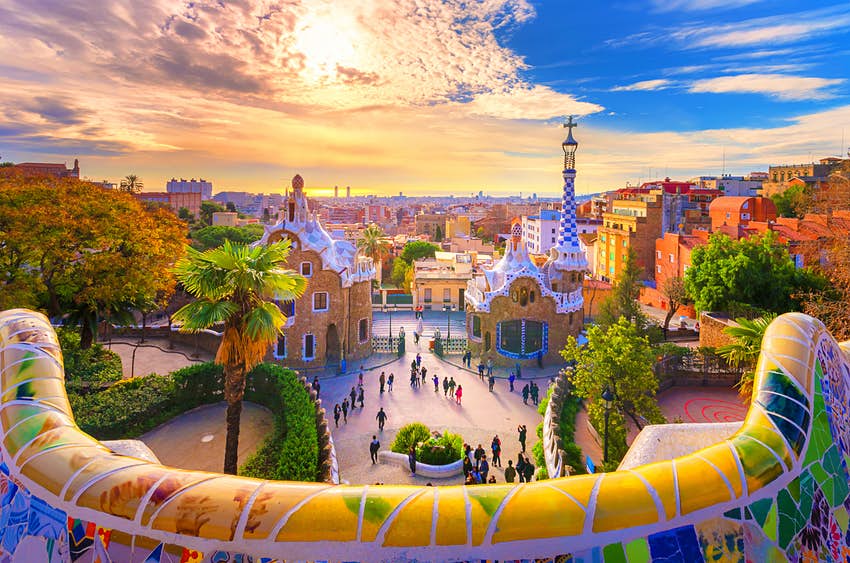 As I live and work in Barcelona it’s probably a good idea to blog about some of the basics for disabled people that want to visit this great city. I will be referring my own guide (AccessibleBarcelona) to as it seems to be one of the main sources of information in English.

Getting To and From Barcelona

The best way for most people to get to is flying, although this may be fairly obvious some airlines are a little misleading. There is only one airport in Barcelona which as one might guess is called Barcelona International Airport.

Some airlines (notably RyanAir) list two other airports as, which are Reus and Gerona (Girona, Spanish spelling). Both of these airports are a considerable distance from the city, between 1 – 1.5hrs drive away.

This causes many problems for disabled travellers which are mislead into thinking that they are flying directly into Barcelona. The main problem is getting from these airports to the city as few of the buses that run from them to the city are adapted. Reus and Gerona should only be used by people that want to go to places such as Salou or the Costa Brava respectively. Even then, very careful planning should be made to ensure that you can get from the airport to your final destination.

Two clients of AccessibleBarcelona have come to the city by train (both from the UK and from Paris) and both of them have commented that it was an absolute nightmare! Trains in general aren’t very accessible in Spain, but it is getting better. They are currently building a high speed line with TGV from Paris -Barcelona – Madrid which should be much more accessible, until this is completed or unless you are a train fanatic I wouldn’t bother. For further information about train travel please use the following links:

There is also the option of arriving by sea, either during or at the end of a cruise please see my blog entry Accessible Cruises 13th August 2007 regarding this subject.The other way to get to Barcelona by sea is by ferry. There are various companies that call into Barcelona from the
Balearic Islands but Trasmeditterania and Balearia are probably the biggest companies:

Getting from the Airport to Barcelona City Centre

There are really only two options for airport transfers. The airport bus (aerobùs) is accessible through the use of a ramp and has stops throughout Barcelona, finally terminating in the central square, Plaça Catalunya. The bus has one space for a wheelchair user. For further information please visit the Barcelona Tourism website.

Getting Around Barcelona on Public Transport

Barcelona is one of the easiest cities to get around in Europe with regards to public transport. TMB (Transports Metropolitans de Barcelona), the main bus company, now have a fleet of buses which are all accessible. However, not all of the bus stops are adapted, so sometimes the ramps to get into the vehicle are at a rather steep angle.

The metro is still rather disappointing with only one line (L2) being fully accessible through the use of lifts. With the other lines there are some adapted stations but you have to be very careful to make sure that the station you are going to has a lift.

There is also the Bus Turístic (tourist bus) which has three routes and is accessible (the same problem with non-adapted stops also applies). This bus goes to all major tourist attractions including Sagrada Familia, Camp Nou, Casa Batlló, La Padrera etc. You can either buy a one or a two day pass and move freely between the 3 routes as you desire. For further information about public transport in Barcelona please visit the TMB website.

More detailed information about accessible public transport can be found on AccessibleBarcelona.  Accessible taxis are few and far between in Barcelona, there is only one company that offer them (Taxi Amic, see above) and a few independent drivers. If you require an adapted taxi whilst in the city you need to order it at least 3 – 4 hours in advance. Don’t expect to be able to flag one down on the street unless you are the luckiest person in the world! If you can’t find the information you require regarding Barcelona on the web pages provided please feel free to contact me.