Independence of the Seas in England 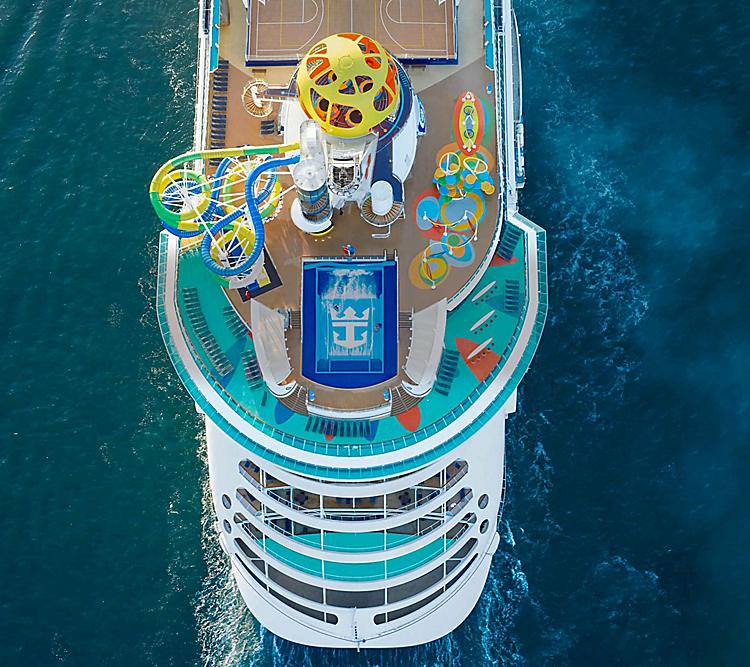 I recently had the pleasure of being invited on a two-night inaugural sailing on Royal Caribbean International’s newest ship, Independence of the Seas. After a long flight from Fort Lauderdale to London Gatwick (via Philadelphia) we arrived ready to be “wowed” by what awaited us, and we were not disappointed.

As most cruisers do, the first visit we made after checking our lovely balcony stateroom was to head up to the Windjammer for some much needed refueling. There is so much food to choose from! The stations are set up in an easily accessible manner, both for types of food and serving, and there’s always a friendly server nearby to help. Then we continued exploring the ship, checking out the open staterooms and public areas. Independence of the Seas, despite its size, is easy to get around. The Royal Promenade was the place to see and be seen, with shops, restaurants and bars (hmmm, for some reason the British pub was always jammed…could it be because the ship was full of British travel agents?). We had a wonderful dinner with some of the Royal Caribbean executives in Chops Grille, a definite must-do for anyone sailing on a Royal Caribbean ship – excellent food and excellent service for just a few dollars more. That’s the other great thing about sailing on Royal Caribbean in Europe – the prices on board are all in U.S. dollars, a big advantage considering the currency exchange rate off the ship!

Independence of the Seas is the sister ship to both Freedom of the Seas and Liberty of the Seas. At an impressive 1,112 feet long and weighing in at 160,000 GRT, she has many accessible features of interest to our readers:

Independence of the Seas is another spectacular addition to the Royal Caribbean fleet, and will prove to be popular with all types of cruisers. There is so much to do and see, and some new accessible features that are offered only on Independence:

– H2O Zone, a water park, has plastic wheelchairs for children to navigate

– On Air, a dedicated karaoke space, has a ramp to the stage for wheelchair and scooter users

After its inaugural summer season in Europe, she will be moving to Fort Lauderdale for the 2008-2009 winter cruise season.

The ship was officially named in Southampton on April 30, 2008 by Elizabeth Hill, the winner of a nationwide search to find an ordinary woman who has done extraordinary things for young people in their local community. Hill founded the Gamelea Countryside Training Trust, a charitable organization based on a farm that helps young people with learning or physical disabilities learn skills.

All too soon, our cruise was over, but our journey would continue as we met our private guide as we disembarked the ship in Southampton. Harry Norman of Harry’s Tours, came highly recommended by Ann Litt of Undiscovered Britain & Ireland, and we spent the next two days touring Salisbury, Stonehenge, Bath, Oxford and Stratford, sharing sights, stories, and shanties with Harry!

Next month, Roberta will continue reporting on her trip to England and her special days touring with Harry Norman of Harry’s Tours, www.londonstours.com. (harrystour@aol.com)