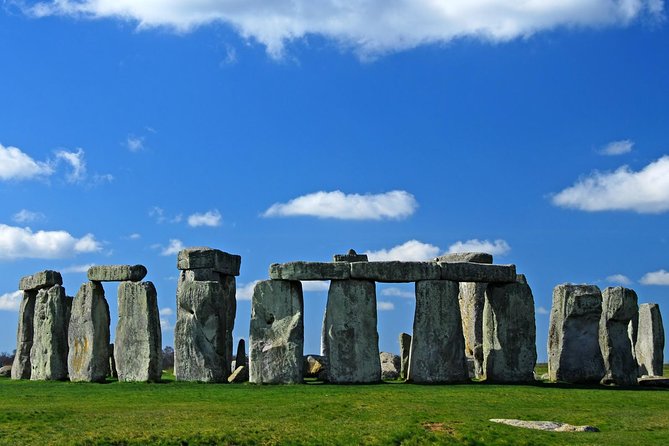 Earlier we covered the inaugural of Royal Caribbean International’s Independence of the Seas, sailing out of Southampton England. We continue our tour with our private driver Harry Norman…

After being “wowed” on our two-night inaugural sailing on Royal Caribbean International’s newest ship, Independence of the Seas, we continued to explore parts of England we had not been to before. As we disembarked the ship in Southampton, waiting for us with a warm smile was our driver, Harry Norman of Harry’s Tours.

Harry had been recommended to us by Ann Litt of Undiscovered Britain & Ireland. Ann has used Harry’s services for many years and we were not disappointed. Harry’s been doing private tours of London and the surrounding countryside for many years, and will customize his tours for guests with mobility and sight challenges. (www.londonstours.com)

Our plan for the first day was to visit Stonehenge, Salisbury and Bath. Before arriving at Stonehenge, Harry stopped at Old Sarum, the original settlement of Salisbury, dating back thousands of years. The remains of the hill fort and its surrounding moats can be visited by

Next, it was on to Stonehenge, a place on our “must-see” list for many years. There are accessible parking spots, a WC (toilet) adapted for wheelchairs, and a pathway which partially encircles the stones. Large print guides are available, and a self-guided audio tour fills in all the details about this historic and mysterious site.

Our next stop was Salisbury Cathedral, which has the highest spire in Britain. Built in the 13th century in one architectural style, it is also the home to the best preserved copy of the Magna Carta, as well as Europe’s oldest working clock. The Cathedral floor is accessible for wheelchairs, as is the Chapter House, the Cloisters, Refectory Restaurant and Gift Shop. There is a “touch & feel” model of the Cathedral for those with sight difficulties, and large print is available. There is a special leaflet for those with hearing impairments. Service dogs are also welcome.

After a wonderful pub lunch in Salisbury, where Harry shared many stories, we were off to Bath, a UNESCO World Heritage Site. Bath has many things worth seeing and the few hours we were there were not enough. Besides the Roman Baths (the Romans founded the city around the naturally occurring hot springs), Bath is noted for its Georgian architecture, most notably the Royal Crescent and the Circus, the setting for many films. One of Bath’s most famous residents was Jane Austen, and we visited the Jane Austen center as it was closing. Bath is a wonderful walking city, very compact, with accessible parking.

All too soon we were heading back to London, ready to meet Harry the next morning for our exploration of Oxford and Stratford-upon-Avon.

Harry’s motto, “Where clients arrive as strangers and leave as friends” is right on…we know we have made a life-long friend in Harry and his lovely wife Pat!

Next, Roberta will continue reporting on her trip to England and her special days touring with Harry Norman of Harry’s Tours, www.londonstours.com. (harrystour@aol.com)