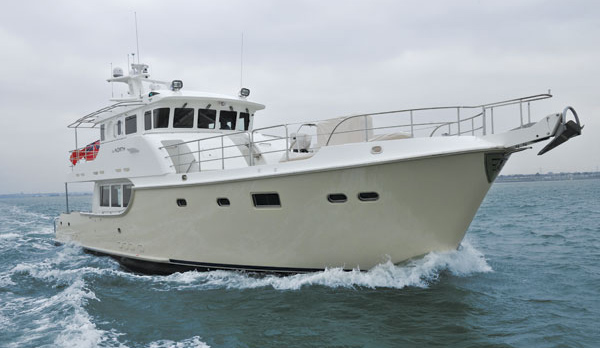 It’s always a bit risky taking a journey to a remote destination where accessibility may be in question.

But seven years after his accident, Steve Pisano, a T3-4 paraplegic, packed up his cameras and ventured to Alaska for an experience of a lifetime aboard the Sea Wolf Adventures cruise ship.

It was through Craig Hospital, where Steve did his rehab, that he learned about Sea Wolf Adventures (SWA).  Two recreational therapists at Craig, Laurie Womeldorff and Stephanie Deml, coordinated the trip plans for group cruises aboard SWA for their alumni patients.  They both had been on a few trips with SWA, and in the spring of 2010, they asked Steve if he would be interested in going on a six-day small ship cruise to Glacier Bay.  This would be his first time flying since his injury and first time ever on a cruise ship.  Knowing that both therapists would be going on the trip, Steve didn’t hesitate to accept.

The Sea Wolf is a 97’, 12 passenger (plus five crew) expedition yacht that explores the waters of Glacier Bay, Alaska and British Columbia.  It is unique to other cruise vessels because it can navigate where larger ships cannot go, giving its passengers an up close and personal experience with marine life, wildlife and the pristine wilderness.  This was definitely the experience Steve needed…witnessing all of God’s creations in their natural setting and having the opportunity to take it all in through the lens of his camera.  What more could he have asked for?

Steve was excited but had many concerns about the accessibility of the ship and how he was going to navigate everything.  Knowing that Laurie and Stephanie had been on several trips with SWA, though, and that they were going on this one, eased his worry.  “I knew if something came up, then I’d adapt to it… or at least there’d be people there who could assist me.”

Perhaps what helped Steve prepare the most was being able to talk directly with Kimber Owen, owner of the Sea Wolf.  “Kimber was awesome,” he described.  “We had several phone conversations, and she addressed every one of my questions.”  He said she provided a very thorough list of what to bring which was very helpful, and their website is very accurate.  There is also a contact list of past SWA clients who are willing to talk with anyone interesting in a future trip.  Kimber has had more than 23 individuals with disabilities go on a SWA trip, and many come back year after year.

Kimber is not new to working with people with disabilities either.  Back in Texas, she owned and operated an equine facility for 31 years where she provided therapeutic horseback riding to individuals with disabilities.  When Kimber acquired the Sea Wolf in 2003, she knew she wanted people of all abilities to have an opportunity to come on any of their adventure cruises.  So with the help of a technical consultant who is a paraplegic, they renovated the ship with 32” wide decks, three wheelchair accessible staterooms, two chair lifts between the 3 decks, and access to all public areas.  They also have a Mckinnon Hugger lift to get individuals in/out of their tandem kayaks and have a skiff available for those who choose not to paddle.

Kimber stresses that the Sea Wolf is not accessible according to ADA standards, but that the modifications are “visit-ability.”  Steve explained, “The boat was not specifically designed for people in wheelchairs.  I was able to make things doable…not always preferable, but for being on a small ship it was okay.”

For example, the accessible cabins are quite compact.  “Although I could spin my chair around in a complete circle, there is no way of having a wheelchair and commode chair in the room together, so I would have needed someone to move the chairs in and out of the room for me.  Fortunately, I didn‘t need one.  Transfers into bed were tricky, too, because of the ladder to the bunk bed.” (Steve made suggestions on how to make the ladder removable and they‘re looking into modifying it.)

Each accessible cabin has its own bathroom.  Located in the corner of the cabin is a cutout where the toilet and shower share a tiled floor.  There is a fold-down shower bench in the shower.  Outside this area is the pedestal style sink with a vanity.  There is no door separating the toilet/shower with the rest of the cabin.  (Steve has an ostomy and chose to forgo a shower, so he couldn’t comment on how a commode fit in the bathroom or whether you could use it as a roll-in shower.)

Steve continues, “Also, my wheelchair was too long for the chair lift, but they have a wheelchair I transferred into to use the lift with and that worked well.”  With the addition of the chair lifts, Steve was able to access all the areas of the ship where passengers socialize.  He was very impressed with the competence and sensitivity of the crew as a whole, “They had a willingness to learn…they were there to serve and to help me enjoy my experience on the boat.  Basically, all you need is a sense of adventure and a willingness to make some compromises, and if you do, the experience is well worth it!”

Their group of 12 from Craig Hospital included two individuals with brain injuries and three with SCI (including Steve).  Their six-day cruise took them from the ancient rainforest of Icy Straits up to the barren glacial mountain faces of the east and west arms of Glacier Bay National Park.  They cruised during the day, taking in the breathtaking scenery, whale watching, and learning about the natural history of Glacier Bay.

Kimber is a naturalist and conservationist with a passion for marine and wildlife.  Steve mentioned how much he appreciated her contribution to the trip, “Kimber’s knowledge of environment and wildlife really brought the trip to a higher level.  It made me realize things I’ve never thought of before.  Her passion for the environment came out in every corner of the trip.”  He was equally impressed with contributions from the crew, “Even the crew members had some form of educational experience that they shared along our explorations.  They said that each trip is never the same because of changing weather and wildlife movement, so we’d be seeing some things on our cruise that nobody had seen before.  It was always an adventure!”

Besides cruising the calm glassy waters, each day included an opportunity to kayak along the coastlines where they could take full advantage of wildlife sightings.  (Passengers using wheelchairs were safely transferred from their chairs to the kayak seat with the McKinnon Hugger Lift.  Tandem kayaks are used so everyone participating feels comfortable with their ability to paddle.)  Steve was in awe with how close he could be to the animals.  “Being able to watch a myriad of shore and sea birds, harbor seals, otters, and even bears without them seeing you…watching them in their natural existence, was amazing.”  For a photographer, it was paradise!

Evenings were spent cruising to a secluded inlet where they would anchor for the night.  A gourmet dinner was prepared while the passengers were held captive by the sunsets over Glacier Bay.  That serene atmosphere was the perfect ending to an adventure filled day of exploring some of nature’s most beautiful scenery.  At the end of his journey, Steve reflected on what he had seen, “I began to develop a whole new view of creation and God’s will,” and how much he appreciated what the experience had taught him.  “This wasn’t just a trip for me; it was a life changing experience.  Everyone should make the opportunity to go to Alaska sometime in their life!”

The SWA trip is designed to be suitable for all abilities and desired level of activity.  Steve said the schedule was very relaxing with nothing planned for early morning.  Each person could determine his/her own level of physical involvement on any given day.  On some of the days when they went kayaking, Steve wanted to take a more relaxing route so he went on the skiff instead of the kayak.  “There wasn’t anything done on the boat or on the entire trip, in fact, that I couldn’t do…” he said.  “I was never left out.”

For Steve, this trip would not have been possible without the scholarship through the Craig Rehab facility and the help of Laurie and Stephanie.  All of the trips SWA offers are open to any individual with or without a disability.  SWA is available for private charters too.  Cost is $3400 per individual.

Republished with permission from the author.

The article first published in WheelchairTraveling.com